Why a metal fabricator jumped into panel bending

FlexMet continues to change its manufacturing focus, now with a new bending tool. A new product focus and a desire to automate bending are just two of the reasons that FlexMet, Franklin, Tenn., operates a panel bending machine instead of relying on more press brakes for its bending needs.

Picking up and starting over doesn’t apply just to individuals. Sometimes companies need a reset too.

Joe Bean purchased a 65,000-sq.-ft. building in Franklin, Tenn., in early 2021. It was to be the new home for FlexMet Inc., his precision sheet metal fabricating company.

He had operated California Precision Products in San Diego since 1984, primarily serving the area’s aerospace companies. The shop had CNC laser cutting, machining, punching, press brake bending, and tube bending capabilities in addition to powder coating. It ran 600 to 700 different part numbers per month for its various customers, making the complex world of a job shop that much more complicated.

On top of that, the shop’s location didn’t make it any easier. California is notorious for its high taxes and excessive state regulations, adding overhead costs that challenged the company’s profitability. It also was not an ideal location from which to serve potential customers in the Midwest, Southeast, and East Coast because of logistical costs and hurdles.

Before the move, Bean had developed a product line of his own — cabinets designed to ensure the integrity of ballots placed in them. (One product currently in development is a smart dropbox that can check the identification of the voter to match it to the ballot.)

“I’ve got a real interest in this, and we’ve seen success with the product. We’ve been selling them all over the country,” Bean said.

A key part of the company’s ability to produce the cabinets is its BCe Smart panel bending machine from Prima Power. It was one of the first machines that Bean got up and running when opening the doors to his new FlexMet business in Franklin.

With FlexMet, Bean said that he is hoping to focus more on his own products, even though he continues to do some job shop work with longtime customers. The next product launch will focus on outdoor kitchen cabinets and components. The panel bender will play a large role in the production of these parts as well.

“We learned about the panel bender as we looked to automate the forming cycle in our business. It was really that simple,” Bean said. “It’s really worked out well.”

These are the reasons that led FlexMet to purchase the panel bender and why it makes sense for the company. 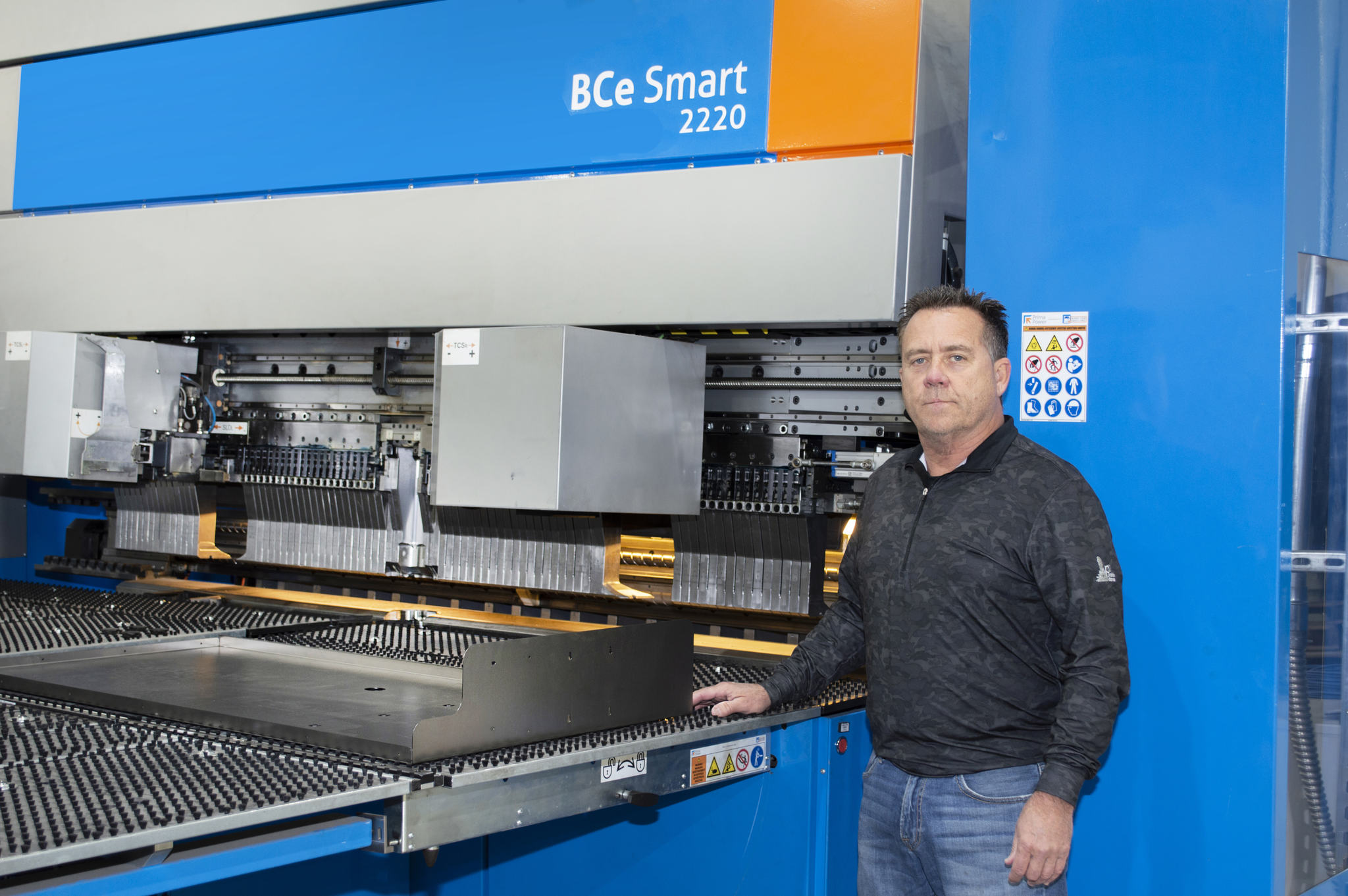 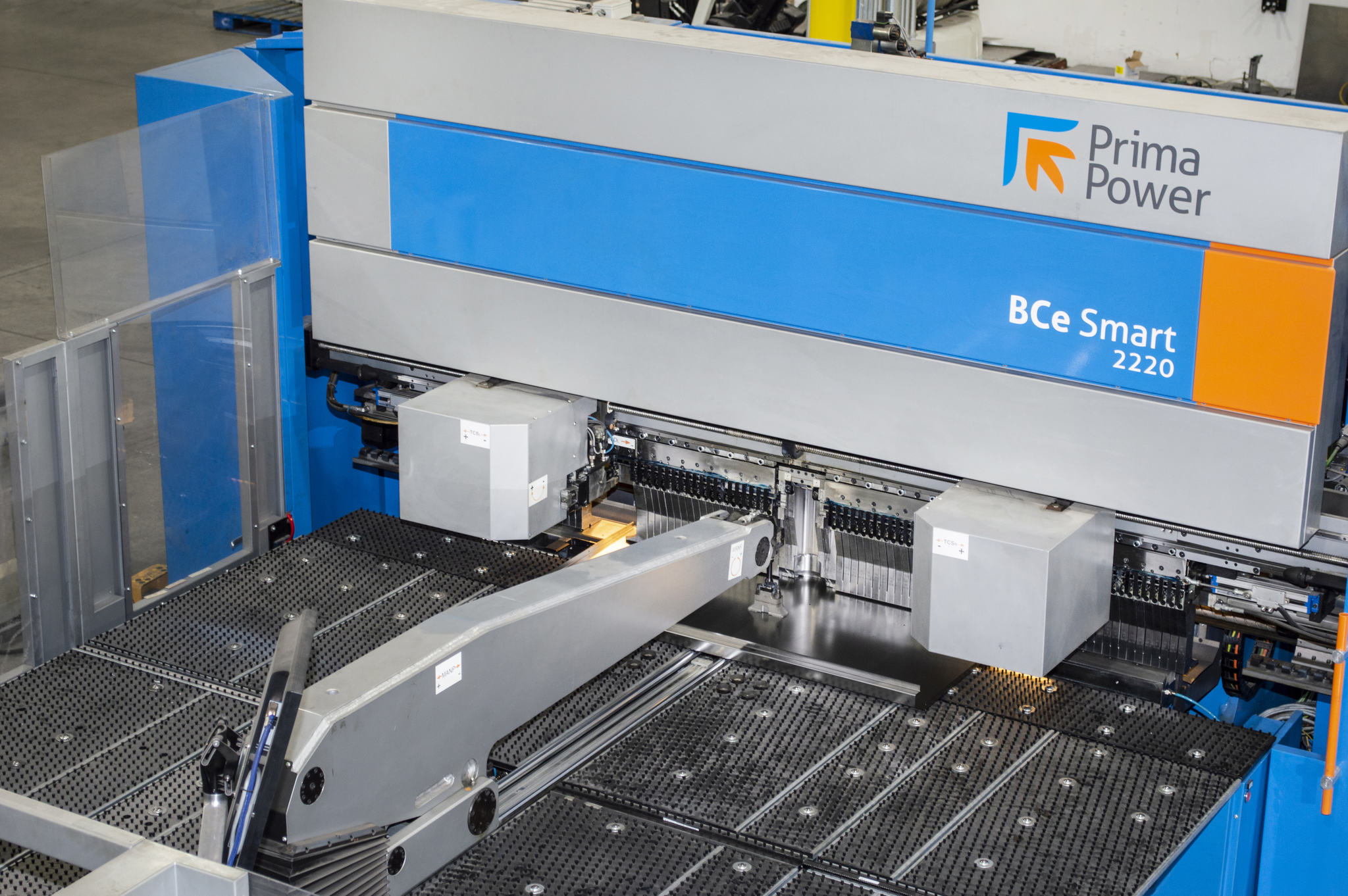 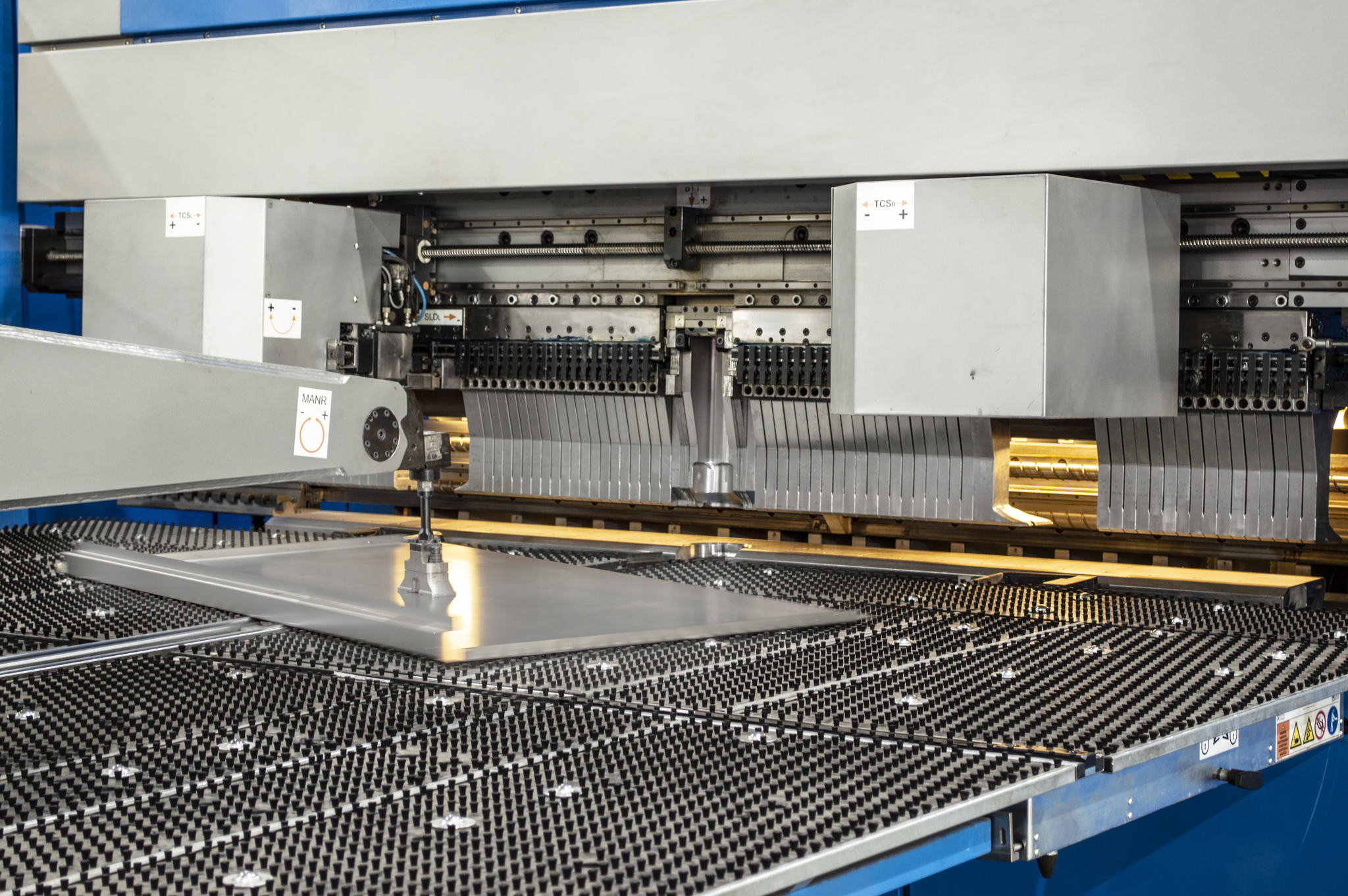 RIGHT TOOL FOR THE RIGHT PARTS

On a panel bender, a manipulator holds the workpiece in place as a pair of bending blades contact the material to make upward and downward bends. The blades oscillate around a single bend point until the desired angle is achieved in the workpiece. Because the workpiece is bent in such a way, only certain types of parts are suitable for such a machine. That’s why panels, such as those that are part of a cabinet design, are a good fit for these devices.

A panel bender can’t do it all, which is why FlexMet still has press brakes. (In fact, Bean said he is looking to add a new press brake in the coming months.)

“First of all, all the flanges have to finish up so the part can be removed by the manipulator. It’ll bend in both directions, but the last bend has to be in the up direction,” he said. “Also, if you have a part under 25 in. or so, it just doesn’t make sense to put it on this machine.”

Bean said that he can get an operator in position to run the panel bending machine after only a week of training. That allows the individual to become a valuable contributor on the shop floor in short time and frees up more experienced personnel for tasks that add value to the metal parts being processed, which doesn’t happen when they are mentoring their less experienced colleagues.

Bean said that almost all jobs for the panel bender are programmed offline using Master BendCam. The software has 3D simulation capabilities to help errorproof the bending sequences. Because of this, the operator only needs to be able to pick the job, load the part up, and unload the part when it is done.

To run the machine, the operator places the sheet onto the brush table and then starts the job, which is the signal for the manipulator to engage the sheet and automatically center it for the start of the bending cycle. Unlike a press brake operator, who has to be exact with centering the part against a backgauge, the panel bender’s manipulator does this for the operator.

The manipulator feeds the sheet incrementally as the bends are made on one side, and then spins the sheet around and feeds it in a similar fashion for further bending. For asymmetrical sheet edges or partial flanges on one side of the sheet, the panel bender has auxiliary blades that can move into place to accommodate the nonregular activity. Called the ASP option, the blades move back to their resting places outside of the bending area when these atypical forms are completed.

An automatic tool changer minimizes the time between jobs. In just a few seconds, the tools that hold the sheet in place can be removed or added quickly to create a tooling setup that matches the workpiece scheduled to be placed on the brush table. Bean estimated that only 15 to 20 seconds is needed for a tooling changeover, which is faster than tooling changeover on fully automated press brake cells.

“This manufacturing process is one where we can run 10 different part numbers at a very low volume during the same day without suffering the effect of long setup times,” Bean said. 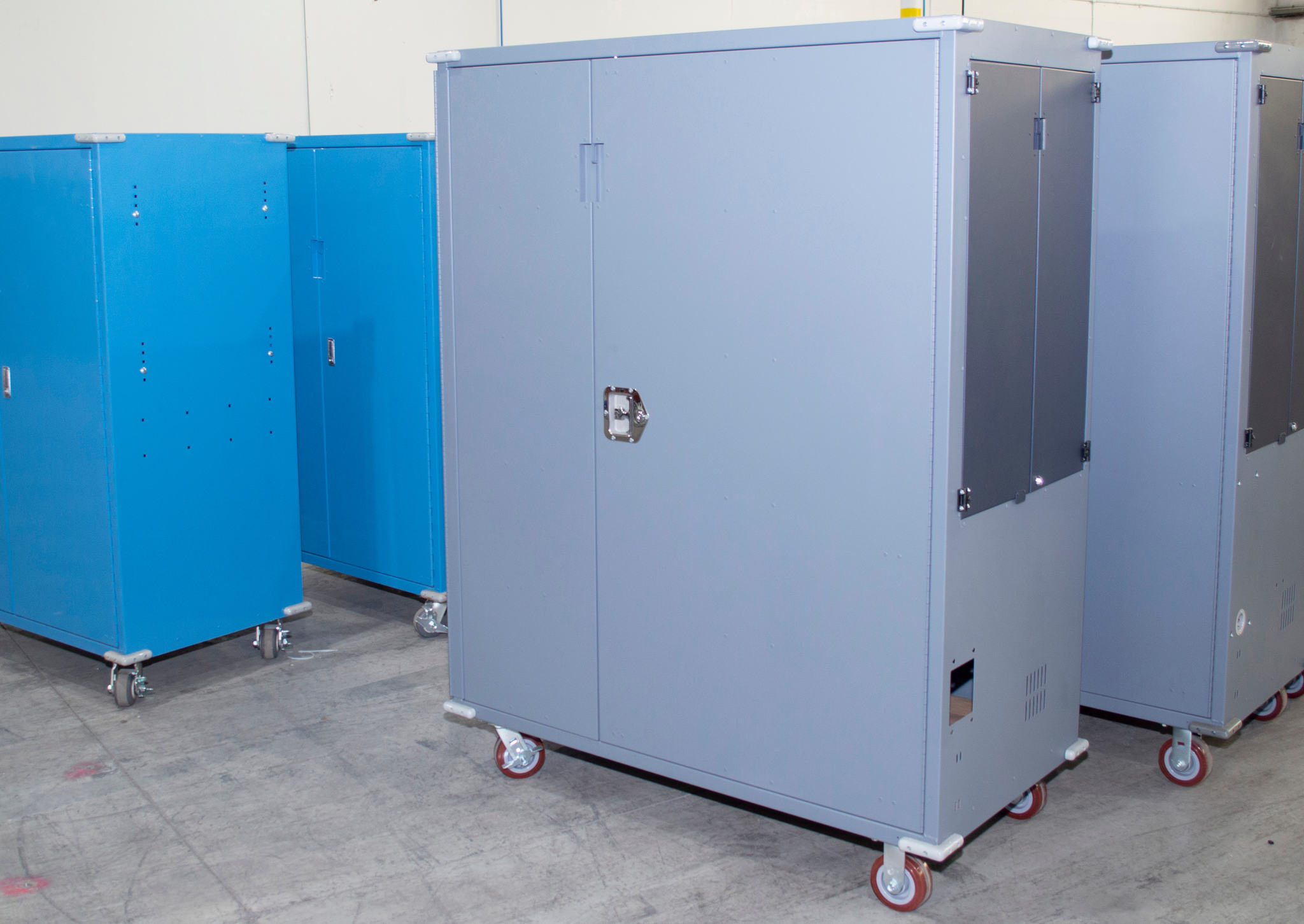 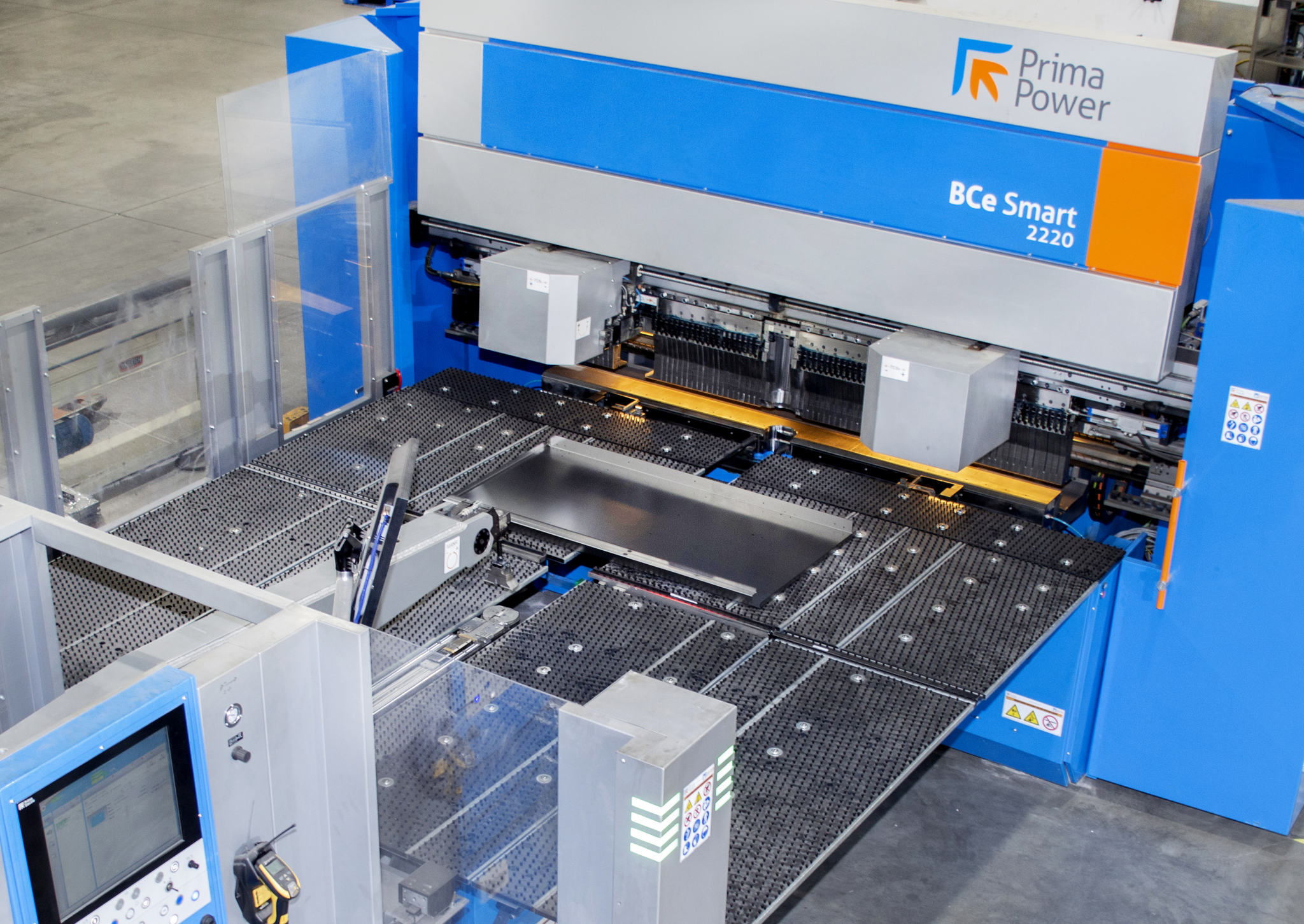 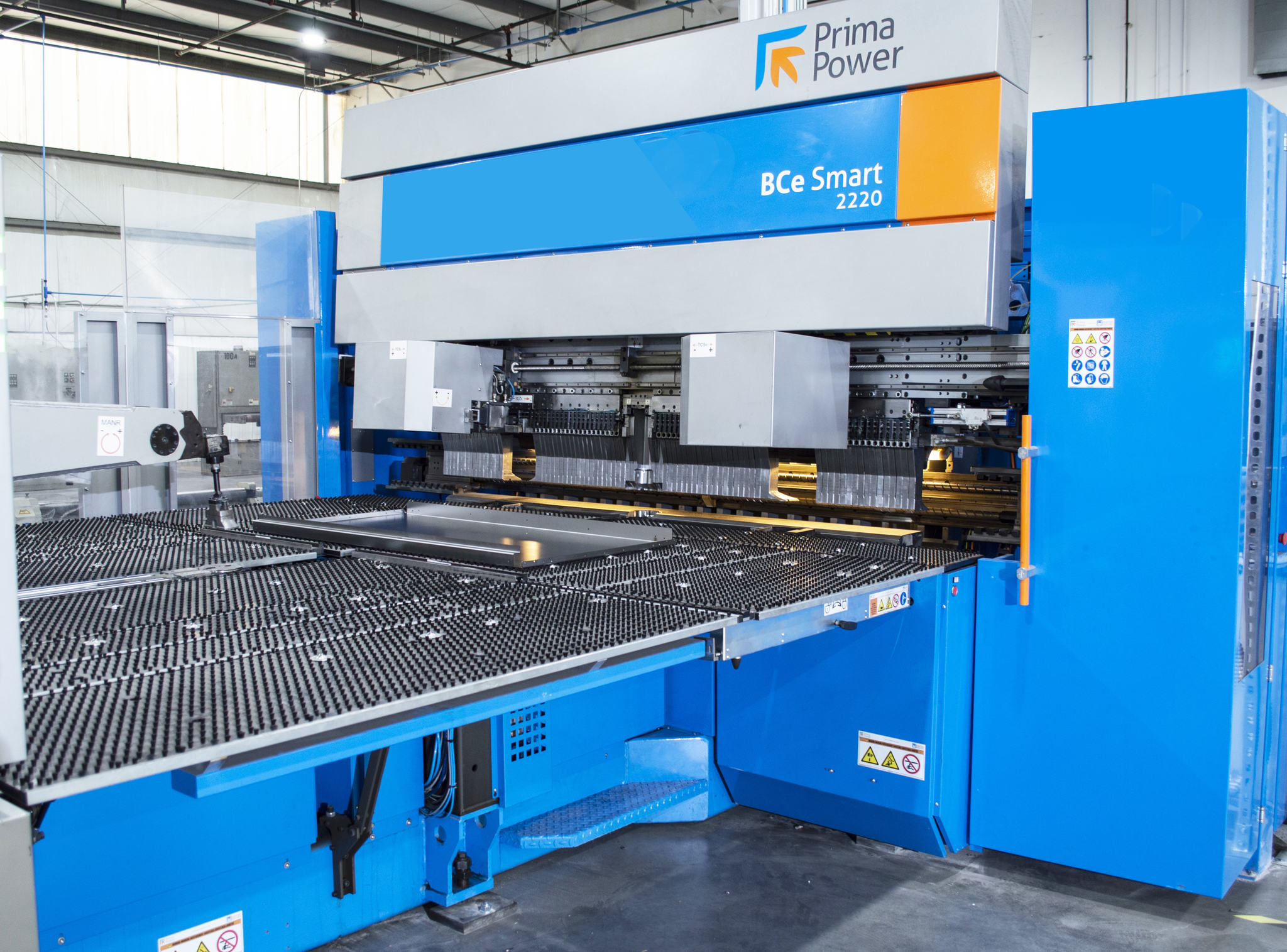 EASY ON THE OPERATORS

The panel bender handles all the part manipulation during the forming cycle. The operator only needs to load the part onto the brush table and position it where the machine’s manipulator can grab it. The working table side sections of the BCe Smart can be lowered so that the operator can more easily access the sheets as loading or unloading is taking place.

Bean said he’s eager to watch FlexMet expand, building its own products and even taking on contract manufacturing assignments from other large manufacturing companies in the Southeast. Tools like the panel bending machine are going to make it possible to bid on that work, even as the company looks to ramp up hiring.

“The panel bender is very specific in what it does, but it’s really great at what it does. That’s really the bottom line,” he said.

FlexMet is forming a new future for itself one panel at a time.

You can find this and other new stories from our customers in the new issue of Power Line magazine.

The full version of this article appeared in the April, 2022 issue of THE FABICATOR.

This manufacturing process is one where we can run 10 different part numbers at a very low volume during the same day without suffering the effect of long setup times.