Machine manufacturers are rarely confronted with the number of requirements Arc Industries presented – yet great energy and passion for a job well done allowed a new business relationship to flourish.

Jean-Pierre Argoud founded Arc Industries in 1981, with the aim of offering a piping and boiler making service to paper companies in the Grenoble region. Securing a major customer enabled the company to move into industrial sheet metal work with ambitious investments: a welding robot and a laser machine at the end of the 1980s, and even a laser cutting punching machine in 1996. In the early 2000s, the client portfolio expanded and the company developed specific skills in the machining of noble materials. Then, the 2008 crisis and Chinese competition led to a 40% drop in turnover: Argoud chose not to lay off staff, but put a halt to new investments.

In 2016, the founder retired and passed the witness to Romain de Tellier, a budding 31-year-old entrepreneur. “I was looking for a company to take over, having clearly identified sheet metal work and possibly the boiler industry as my target. I was fortunate to be entrusted with responsibilities early on – I managed a factory at 26, and had to learn quickly – and had worked for three years in a boiler factory,” de Tellier remembers.

His experience and strong interest in the sheet metal sector convinced Argoud to trust him with a five-year seller’s loan, despite a scant down payment.

De Tellier’s desire to take over a company was based on a mature reflection about the philosophy he wanted to implement: “A collaborative management model where benevolence towards people includes, for example, the right to make mistakes. When one person’s error caused damages for 25,000 euros, we turned it into a learning opportunity. The whole team understood how keeping that person could open up to new progress: when you give people responsibility, and the chance to make mistakes, they make very few. Any discussions happen in a framework of trust. Autonomy and freedom become strong motivation to work as a team.”

With the same logic, the company has hired people with no previous experience if they showed a real desire to learn. 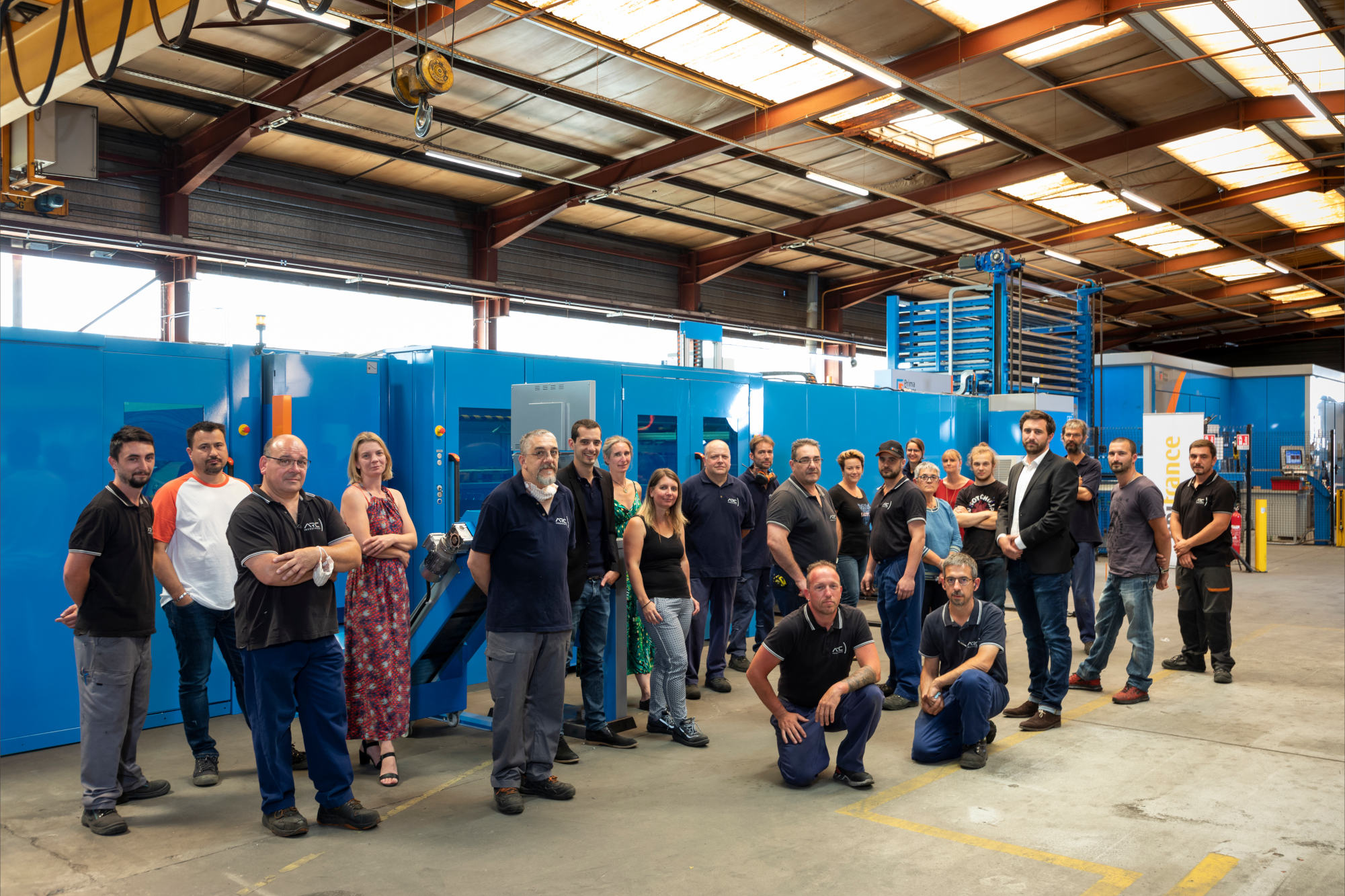 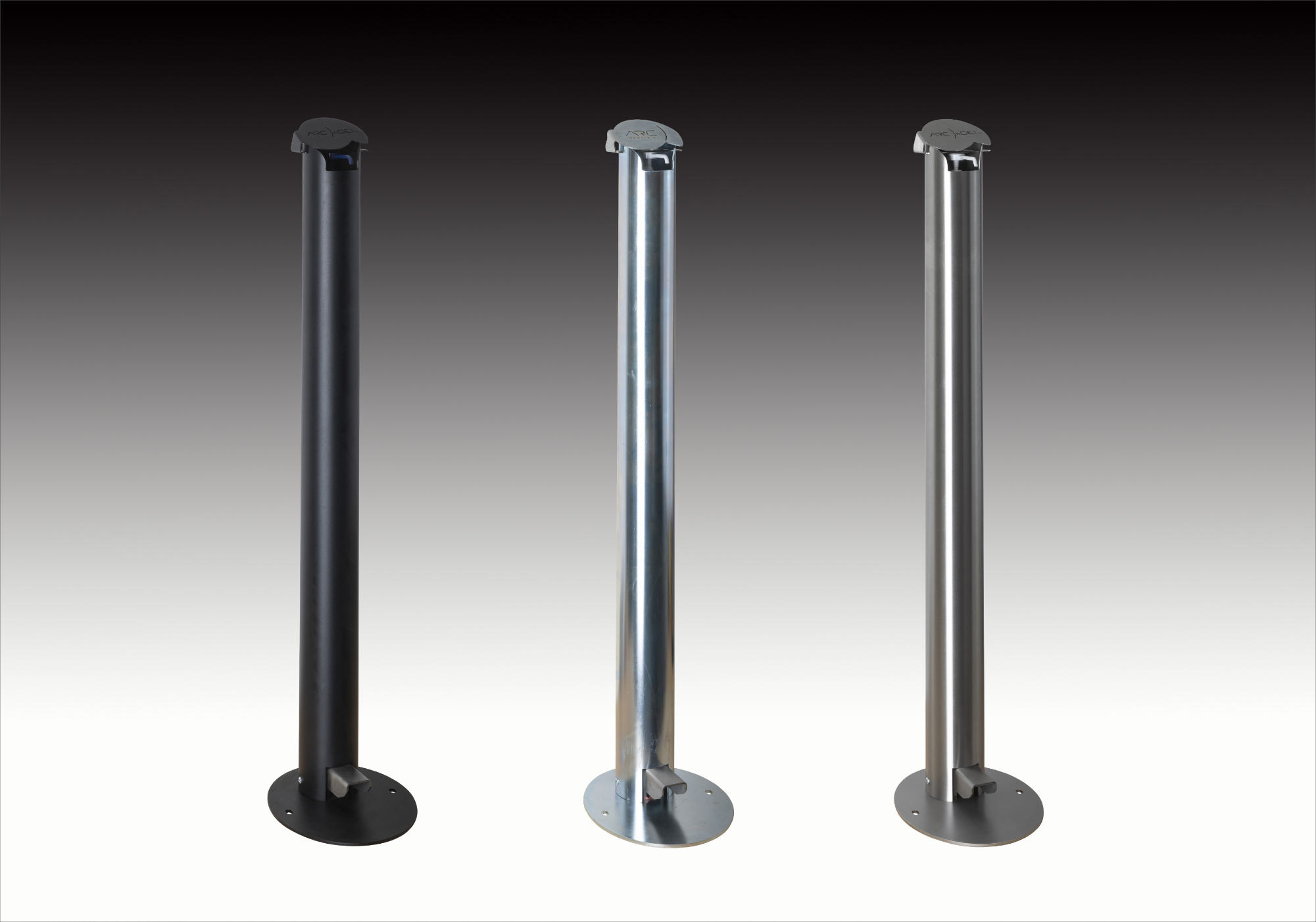 Asking Santa for the means to grow

Although the company could rely on large accounts and satisfied customers, the potential for developing collaboration was close to zero. “We had to target large industries that had not yet concentrated their suppliers as much as the automotive or aeronautical sectors. By 2017, it was clear we had to master the metal transformation value chain, and expand through organic and external growth. However, in our business assets generate turnover,” de Tellier explains.

So, an investment plan was drafted with help from the entire company. “I asked them to write a letter to Santa”, de Tellier recalls with a smile. Team members took accurate inventory of the company’s hardware deficiencies, and came up with a “wish list” worth 5 million euros – reduced to 3.8 million euros in three years by taking priorities into account.

Taking the first step with a Prima Power laser machine

The first investment had to be an automated laser-cutting machine with a mixed load palletizing tower – but picking the right manufacturer was key, and Arc Industries’ needs and objectives were quite broad until they met Guy Solmini, Sales Manager at Prima Power France: “Before selling us anything, Prima Power was interested in our production and processes. Guy encouraged us to go further on automation in order to move forward faster,” says de Tellier.

Arc Industries also needed a specific maintenance contract that could combine fast intervention and controlled costs: “Romain had a tall order, and we learned a lot from this exchange. We worked both with the customer and with our management, to do something we had never done before. In the end, this made us a leader in terms of maintenance and has become a selling point for us,” admits Christophe Berquet, Sales Director of Prima Power France.

De Tellier also went on company visits to see different machines in operation. Soon, “Prima Power stood out. We observed performances with different thicknesses and tested their software to make sure it could unfold a complex structure.”

Finally, Arc Industries invested in a 4-kW Prima Power Platino Fiber laser machine with LST sorting and stacking robot, able to handle thicknesses up to 25 mm for steel and 15 mm for stainless steel, with cameras for remote control and a nine-drawer Compact Tower storage – with two drawers for skeletons – which can operate at night, for a total of almost 3,000 hours/year. 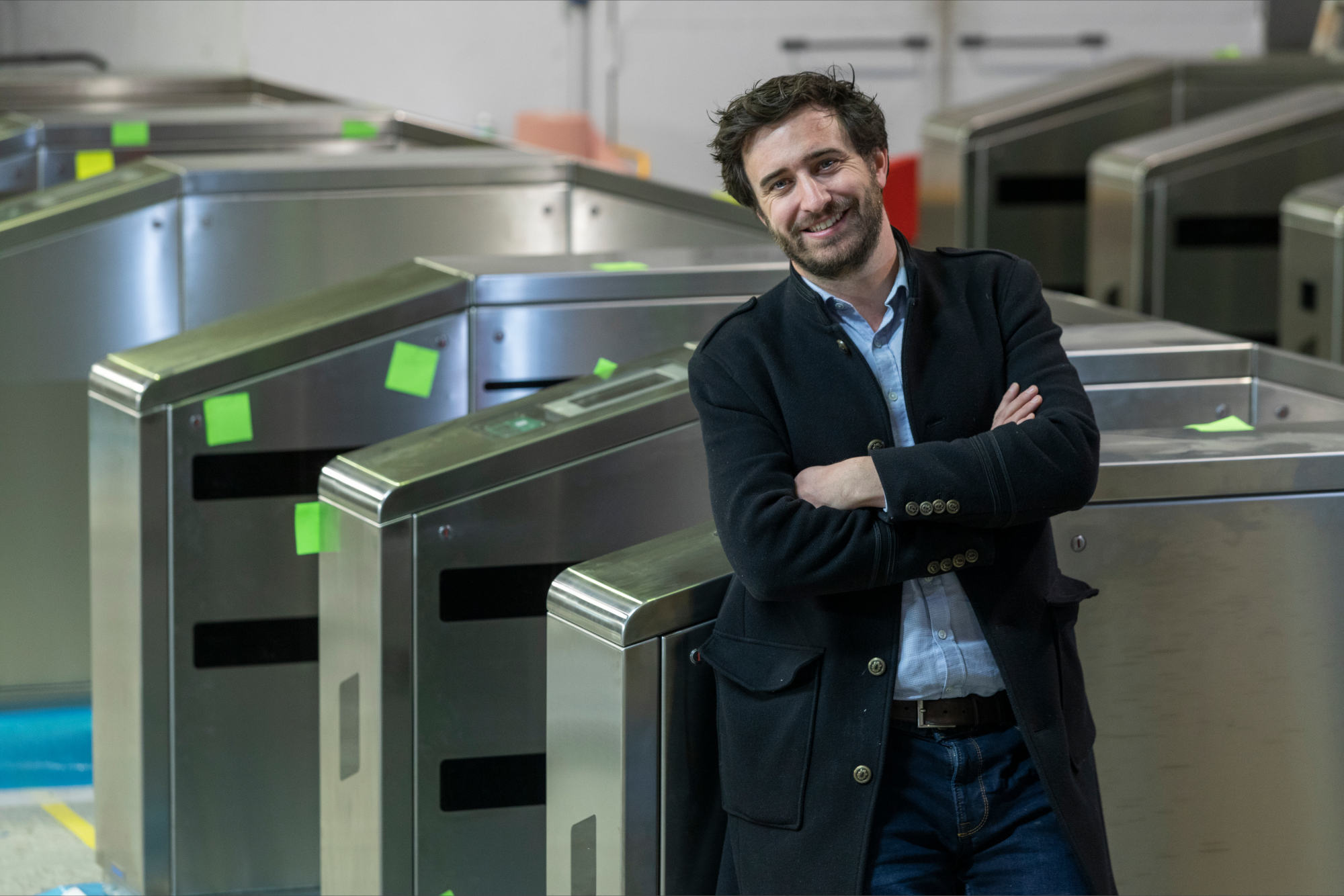 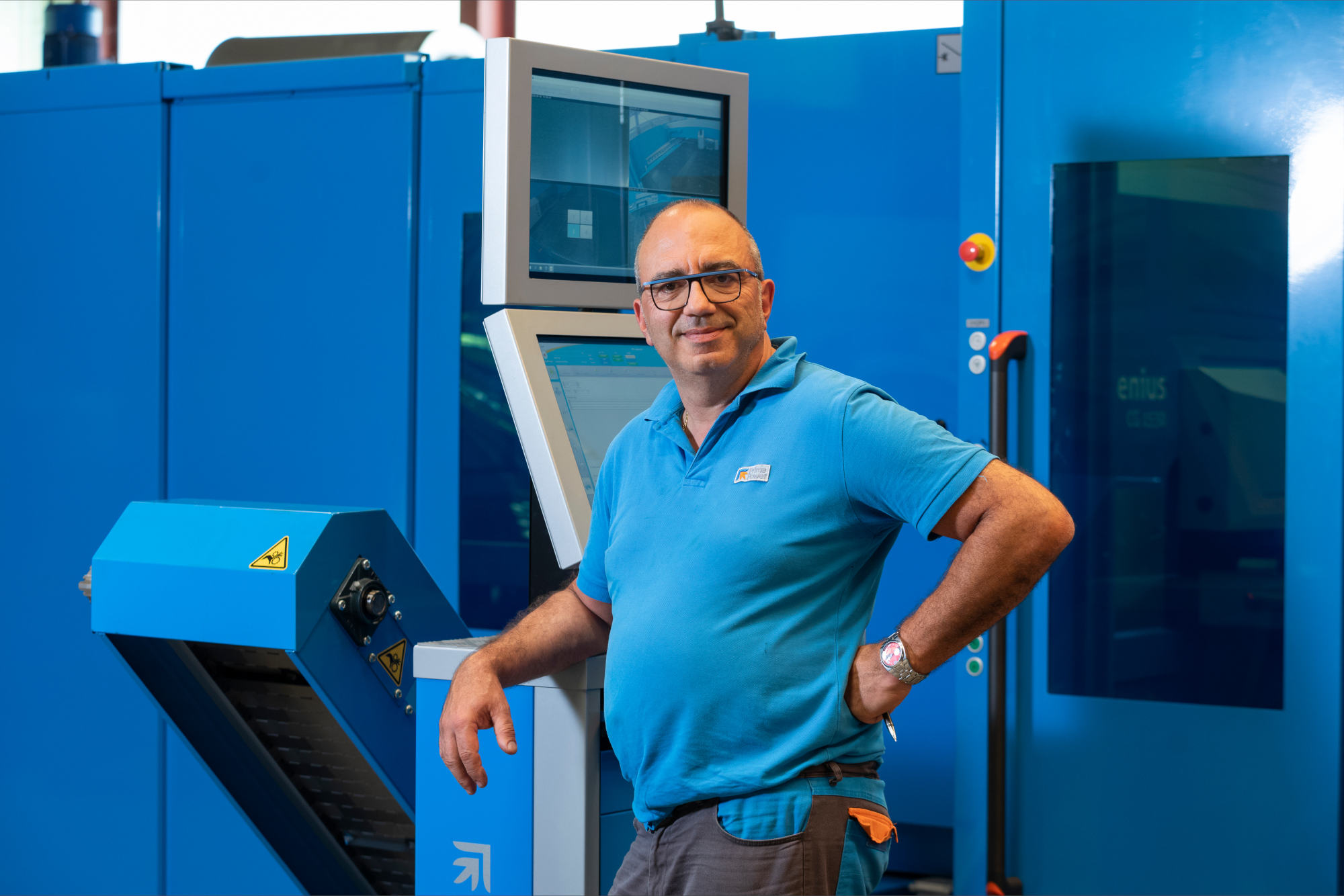 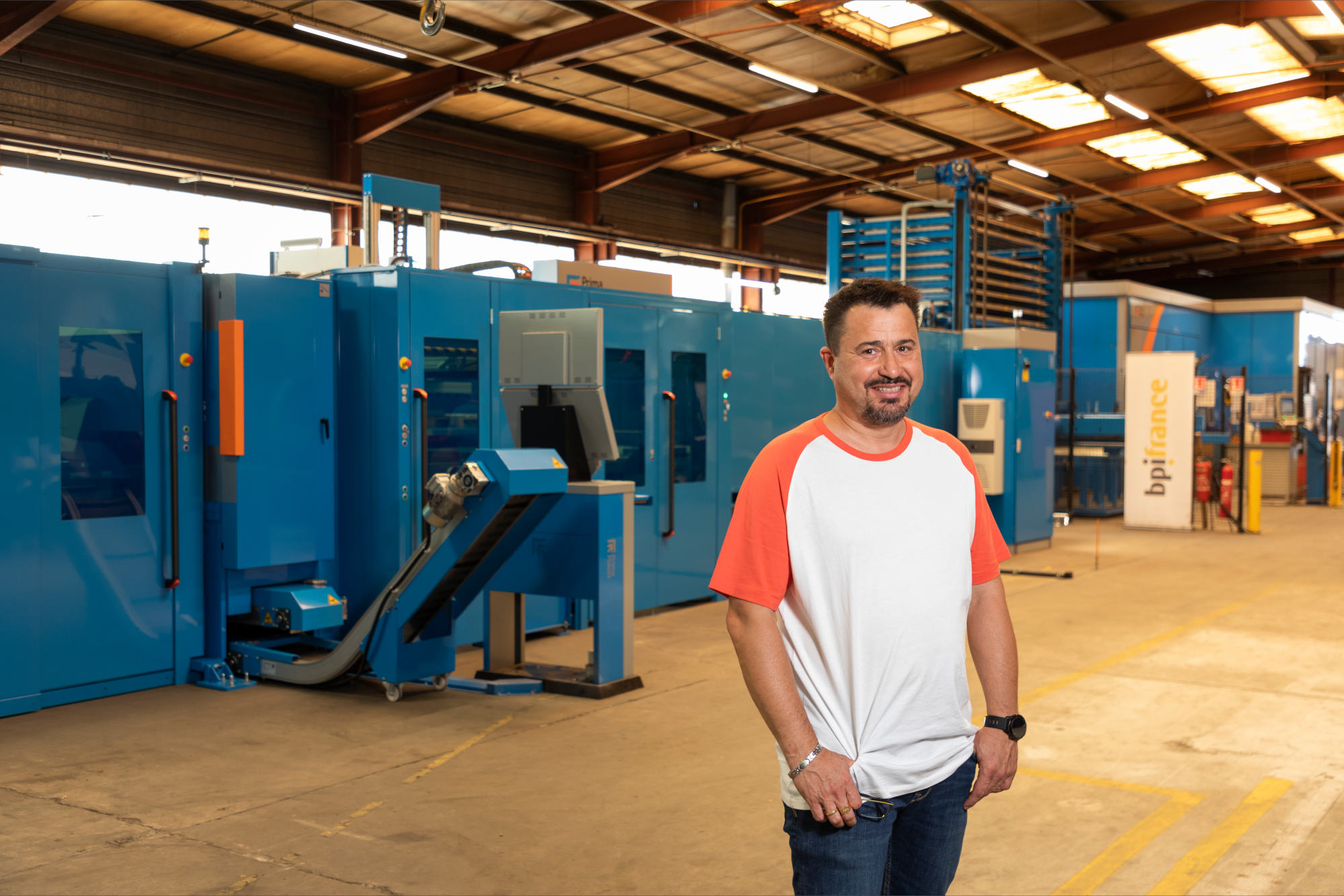 When the company started considering a combined punching and laser cutting machine with palletizing, the process was similarly thorough.

Other manufacturers were consulted, and although de Tellier admits the first successful experience gave Prima Power an advantage, “They still had to pass a test phase with parts of our own design, combining punching, forming and tapping in our workshop. As an additional condition, the parts had to be programmed automatically, and we went on with a 4-hour production cycle mixing the machining of steel and stainless steel sheets. After delivery and complete installation, we started the procedure and left. The next day, we found everything had worked perfectly.”

When the new Combi Genius CG 1530 was delivered, the previous Prima Power Combi purchased in 2001 was still running reliably. The new-generation model came with faster sheet movement for increased productivity, and better autonomy thanks to the capacity for 88 tools (instead of 32). Setting times decreased with the shift from hydraulic to 30-ton electric punching, in a machine that still keeps noise at a comfortable level, simplifies programming and reduces maintenance costs.

The possibility of forming from above or below and the addition of tapping have transformed the company’s business: “We have a product that we manufacture in 50-60,000 units a year, with 6 to 8 inserts and different variations that make stamping uneconomical. The customer agreed to let us transform the process with our new machine: we punch, stamp and tap – using flow tapping, which increases mechanical strength – and can use top and bottom forming because one part is bent after machining. All in all, fewer manual operations give us more time for higher-added-value activities,” says de Tellier.

“Arc Industries’ proposition is: give us volume, we will industrialize your product and deliver great service, at great prices,” he adds. In other words: efficiency, high quality, outstanding customer care – a perfect foundation to forge constructive partnerships with both clients and suppliers, as Prima Power knows well.

You can read this and other articles in the latest issue of Power Line, the Prima Industrie magazine. Read it here.

After delivery and installation, we started the procedure and left. The next day, we found everything had worked perfectly