Headquartered in Spain, with 8 production centers, 13 subsidiaries worldwide, and a global network made up of 1,000 employees who work closely with more than 130 distributors around the world, HIMOINSA, part of the Yanmar Group, is one of the top global giants that designs, manufactures and distributes power generation equipment.

From diesel and gas generator sets to lighting towers and hybrid generators sets ready to be incorporated into solar power systems.

Founded in 2006, HIMOINSA China (HCN) is located Changzhou, Jiangsu Province. It covers a total of 60,000m², with  200 employees and a yearly productive capacity of 12,000 units. In 2007, HCN purchased a Night Train FMS system from Finn-Power (which was merged by Prima Industrie and is now named Prima Power) for the massive production of standardized products. “At that time, standardized products were quite common. With the huge storage volume provided by Night Train storage, we can store many raw materials for large scale production. So we can get, let’s say 1000 sheets at the same time. It saved a lot of time for the loading and unloading operation and greatly increased our efficiency. After 13 years, it still works well.”  explains Miguel Utrillas, General Manager of HCN.

Meanwhile, HCN had to purchase many fabrication parts from external suppliers before another new PSBB line was put into production in 2019.

The group is producing more units in China year by year, and offer generator sets from 3 to 3,000 kVA and lighting towers of various specifications.  They are in a highly competitive industry in China and their customers have special customized needs for each project.

“In order to have a competitive advantage over the local and overseas competitors, we are manufacturing all the components of a generator set in house, including chassis, fuel tanks and complete canopies.“ added Miguel Utrillas.

During the past decade, after the traditional industries like Machine Tool, Real Estate and related Iron & Cement, Textile, the rapidly growing industries like Semiconductor, Airport, Data Centers, 5G, AI, IT, Banking in China continue to stimulate the economy. The revenue from APAC (without India and Central Asia) has increased from less than 10% of global revenue in 2013 to 21% in 2018.

So HCN needed a new, more flexible manufacturing line to respond to the increasing customer requirements for different specifications and quantities. 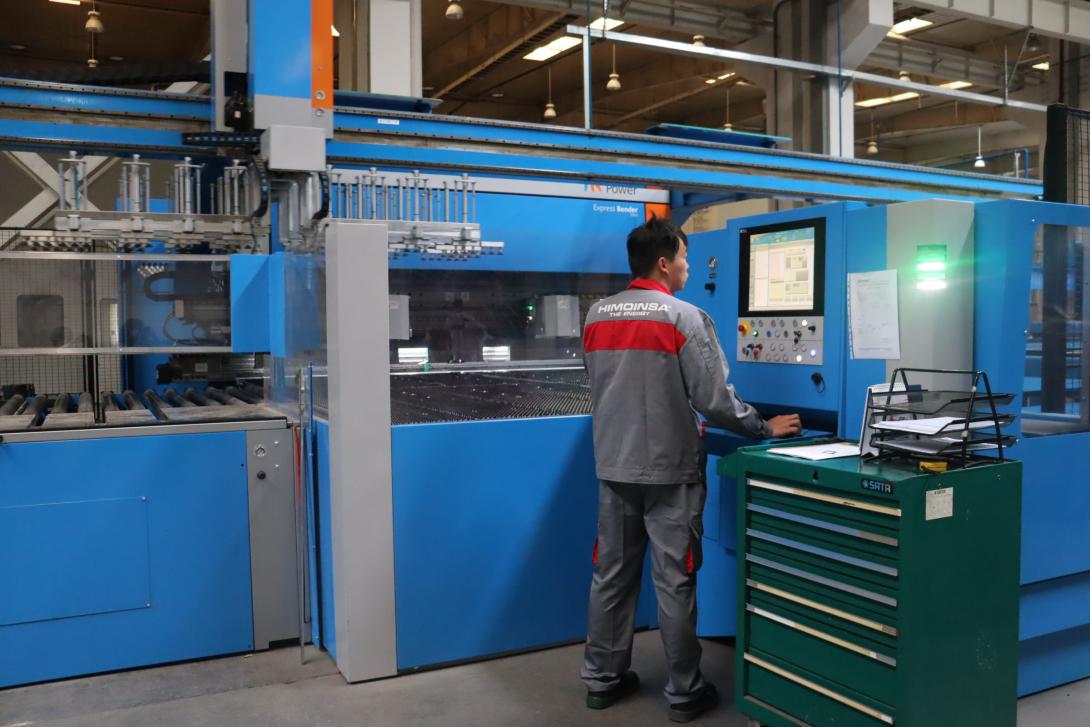 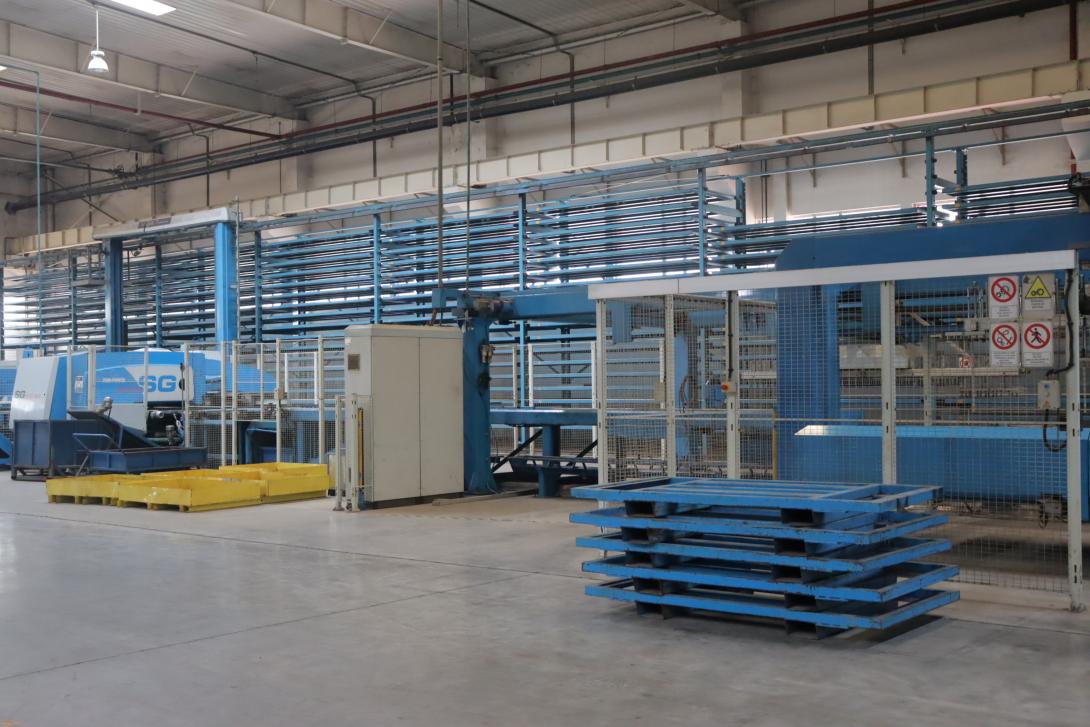 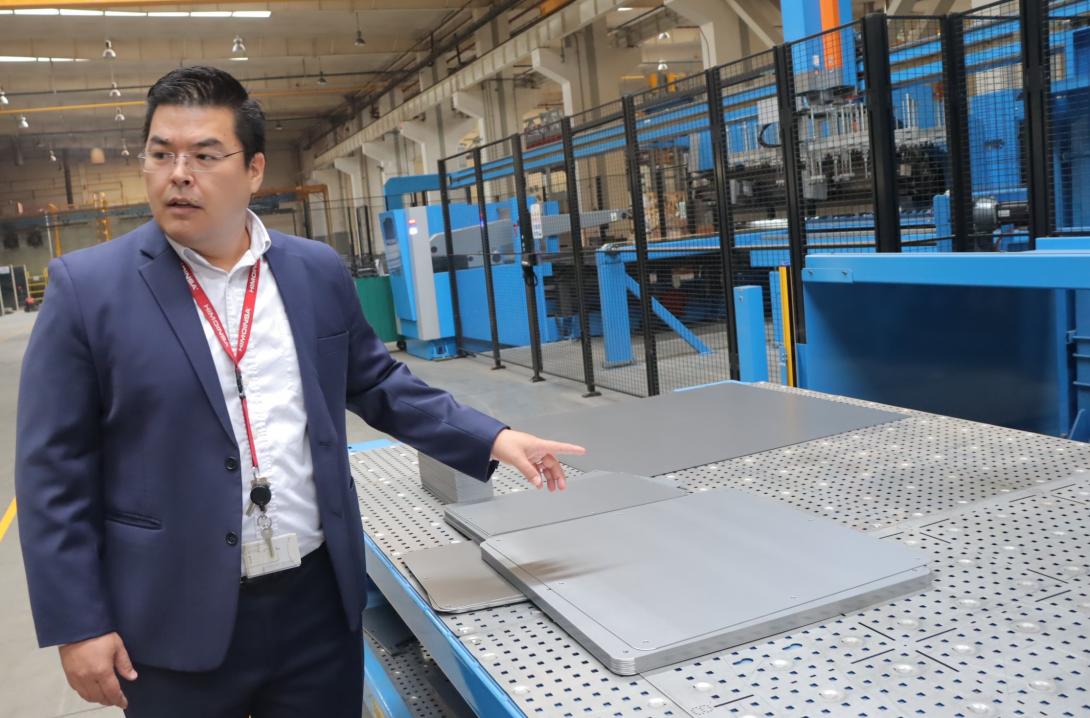 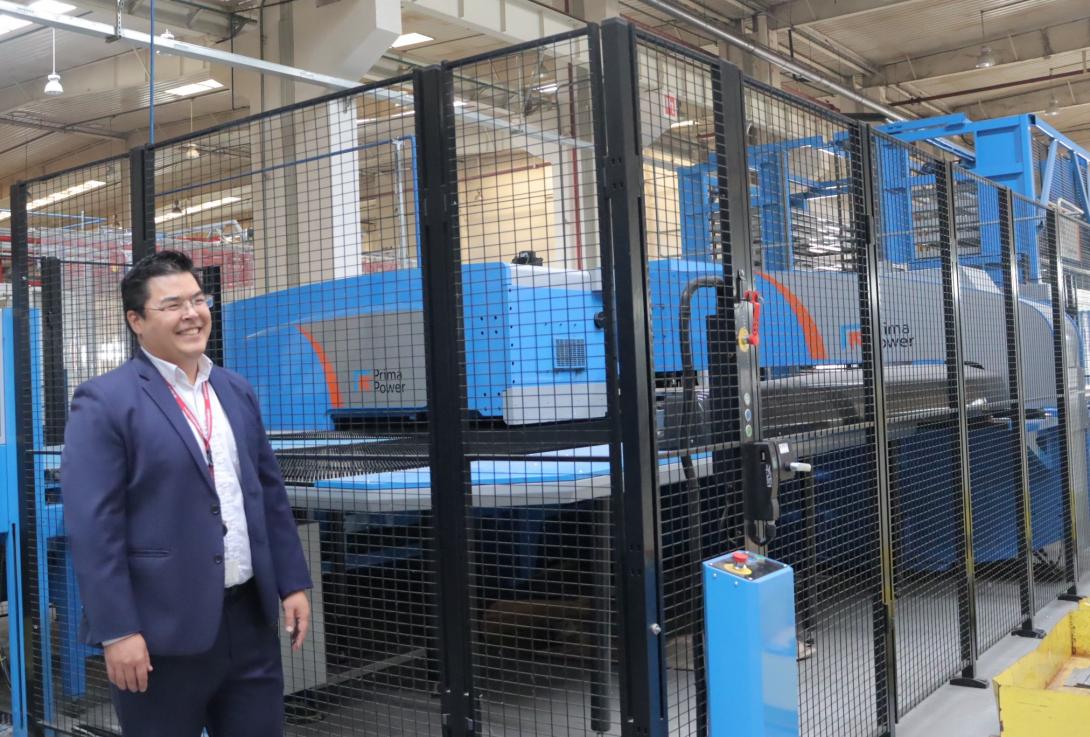 “In 2019 we invested in a PSBB line by Prima Power and a double coating Paint Line – explains Utrillas. The global strategy is to use the same manufacturing equipment and the same production standard to produce with the same quality in any of our plants. You could buy the same product worldwide manufactured from Spain or China with the same quality and specifications. Thanks to the automatic PSBB line, we almost don’t need to outsource any fabricating parts, and we are no longer worried about any potential uncontrollable risks related to fabricating, welding and painting. We could design and manufacture from only 1 piece or more than 10,000 pieces of parts on the new line with higher production efficiency, much lower cost, more measurable quality and shorter delivery time. Although there are two FMS lines running in the metal working shop, only one worker is enough to watch them at one shift. We could send more workers to the assembly lines to enhance the output.” says Utrillas. “And it makes our plant layout tidier and more human friendly.”

Since 2008 the salary in China keeps on increasing. To hire a skilled operator for a bending machine or servo-electric shear machine will cost 800-1400 USD per month in East China. And many factories couldn’t hire and retain enough educated young workers born after 1990s.

“Beside the reduction of huge labor cost, - continues Utrillas – “the PSBB line also ensures the stability of quality and delivery, which it is of vital importance to power generation sets and lighting towers. Himoinsa (Hispano Italiana de Motores Industriales SA) was founded in 1982 and its headquarters is now in San Javier covering 65,000 m². We first bought Prima Power sheet metal forming machinery in the 1980s in Spain. At that time, the laser and plasma machines did not even exist, and when they came out, they were very expensive. We didn’t have so many products then, so the punching machines plus press brakes and shearing machines were enough.  The cooperation between Himoinsa and Prima Power was perfect since both were transnational companies.

When Himoinsa came to China in 2006, we chose to buy the Night Train FMS. Our goal is that the standards and quality of the products manufactured  in different production centers have the same high level, so we have installed machinery made by Prima Power at every production center.”

Most of the products made by HCN are generally used in extreme cold/hot (50℃+), humid, rainy, windy, snowy, super silent or no-failure-allowed conditions. Therefore, they need the best waterproof, rustproof or soundproof fabrication metal boxes for our generation sets and lighting towers.

“Although there are many fabricating FMS lines suppliers available in China nowadays, we still believe that Prima Power is the best and safest choice for us, based on many careful investigations and previous experiences. Due to the excellent service of Prima Power China, the new PSBB runs fluently as planned, or better than imagined. The new line saves 20-30% energy compared to the old one. The saving of materials is also obvious due to higher nesting utilization and less skeletons and punching scraps.

Our clients include world famous Alibaba Group, the largest online sales group, Wangguo Internet Data Centers, as well as Huawei and other telecom companies.  The emergency power supplied by HCN is demanded to prevent any loss of data or functionality of databases in case of power failure.  We cannot risk any mistake since it could possibly cause millions of loss for these clients.” 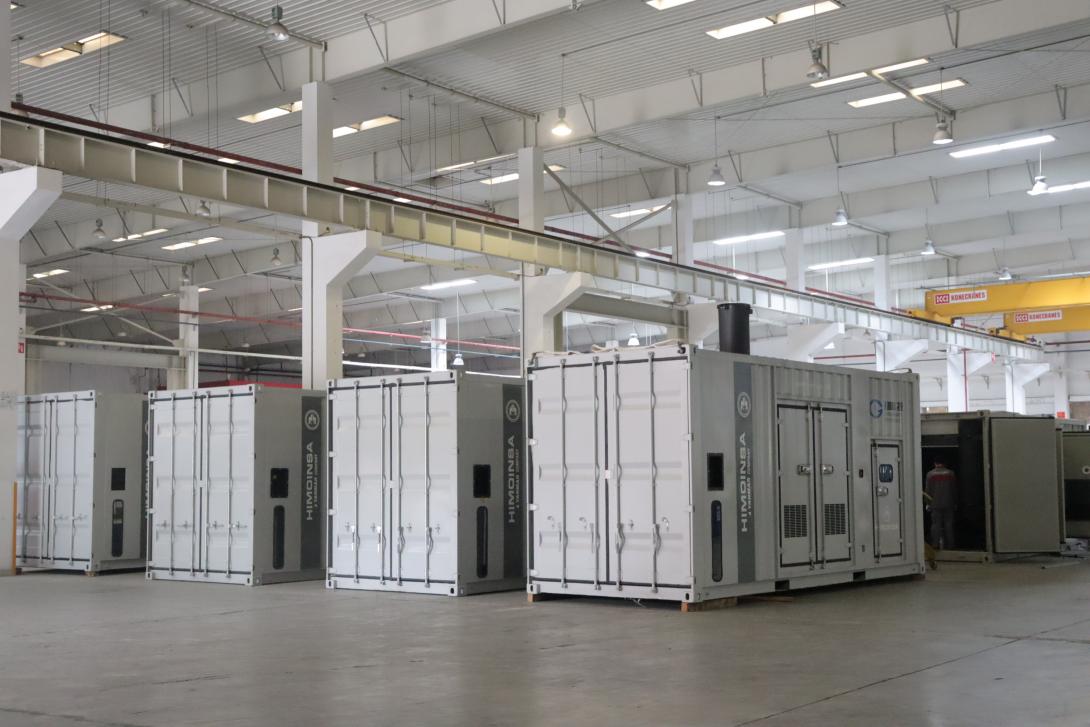 Containers for IDC Datacenter in China 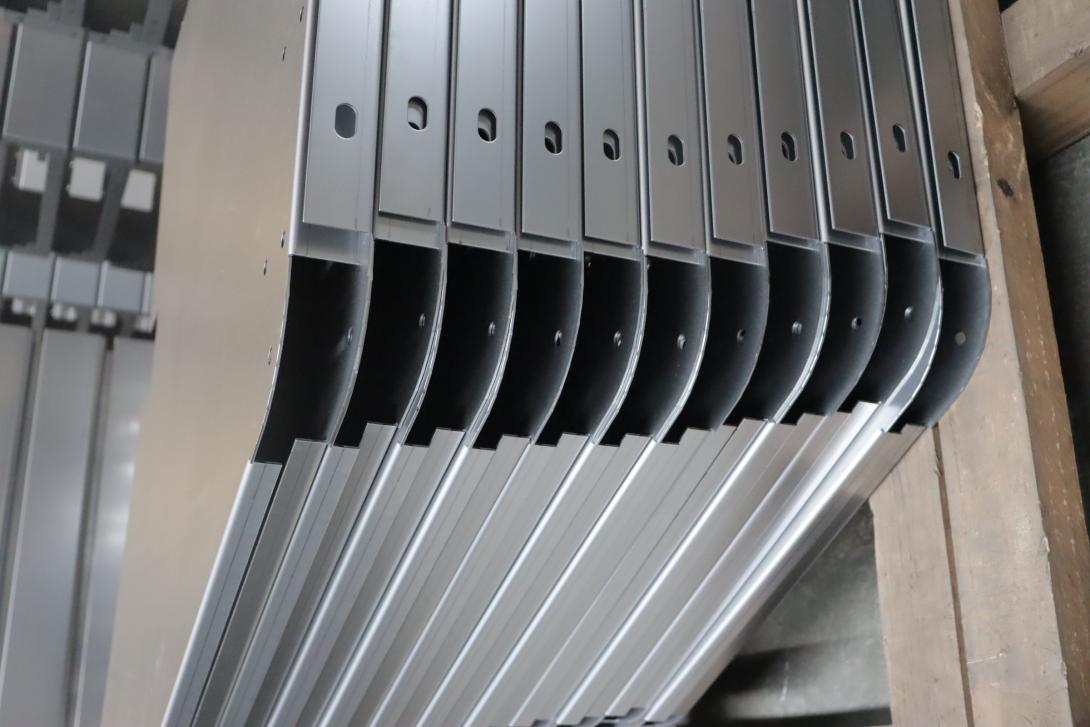 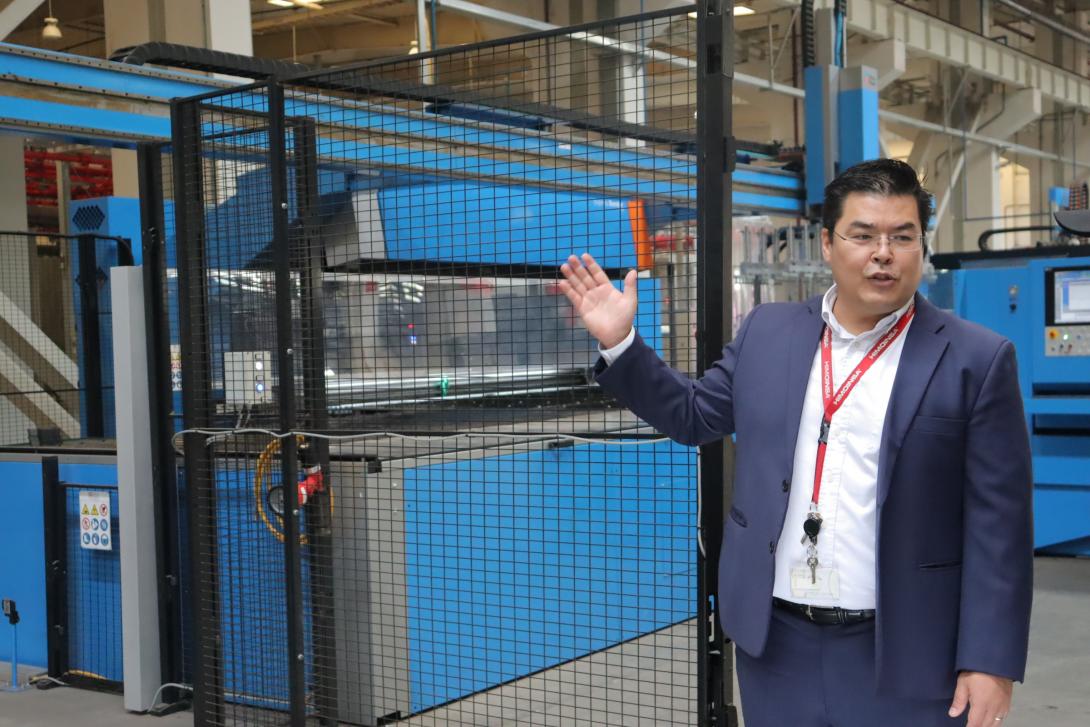