From humble beginnings to top supplier of precision metal fabrication, prototype manufacturing, and short-run production for Tier 1 suppliers and OEMs in the Midwest: Duggan Manufacturing looks back on 20 years of hard work, smart investments, and great customer service, with Prima Power at its side.

Friends Rodney Westich and Tony Pinho had many years of experience in the automotive industry and a common goal: to build a prototyping business that would better service their customers. In 2000, they took a leap of faith – and asked friends and family for seed money for their new venture. They purchased a few used machines and began operating an automotive specialty sheet metal prototype and limited production manufacturing company out of a former dairy barn and welding shop in Almont, MI.

From the onset, Duggan strove to take on challenges like labor-intensive and tight-tolerance parts that few competitors wanted to tackle. While not always the most desirable, these jobs became an opening for a new, hungry company to create a solid reputation for going the extra mile and giving unprecedented attention to detail: an approach that carried over to Duggan’s DNA and remained unchanged over the years, as it grew to today’s 90 employees working in a main facility of 72,000 square feet and a satellite building of 28,000 square feet.

Invest in the best technological partner

“We devised a plan to get business rolling, and from that point on, it’s been a steady reinvestment plan for the latest machine technology,” explains Westich, founder and Principal. “We put as much money back in the company as possible.”

A large part of that investment plan has been dedicated to Prima Power 3D fiber lasers.

“When we began our search for lasers, Prima Power was one of several options. The company was very helpful and open. They arranged for us to visit other customers who were doing laser tube cutting and we knew we were looking at something special. Their lasers are versatile and robust, with high uptime – but if there is a problem, Prima Power’s service department responds quickly and with excellent telephone support.”

Duggan purchased a 2-kW Prima Power Rapido fiber laser in 2010 and another in 2011. The machine is equipped with a fiber laser source with different powers, according to the type of production. The high-brilliance fiber laser with high-energy efficiency, eco-compatible use and no maintenance gives the greatest benefits in large series production. Many applications take advantage of this source, resulting in lower cycle times and reduced cost per part. 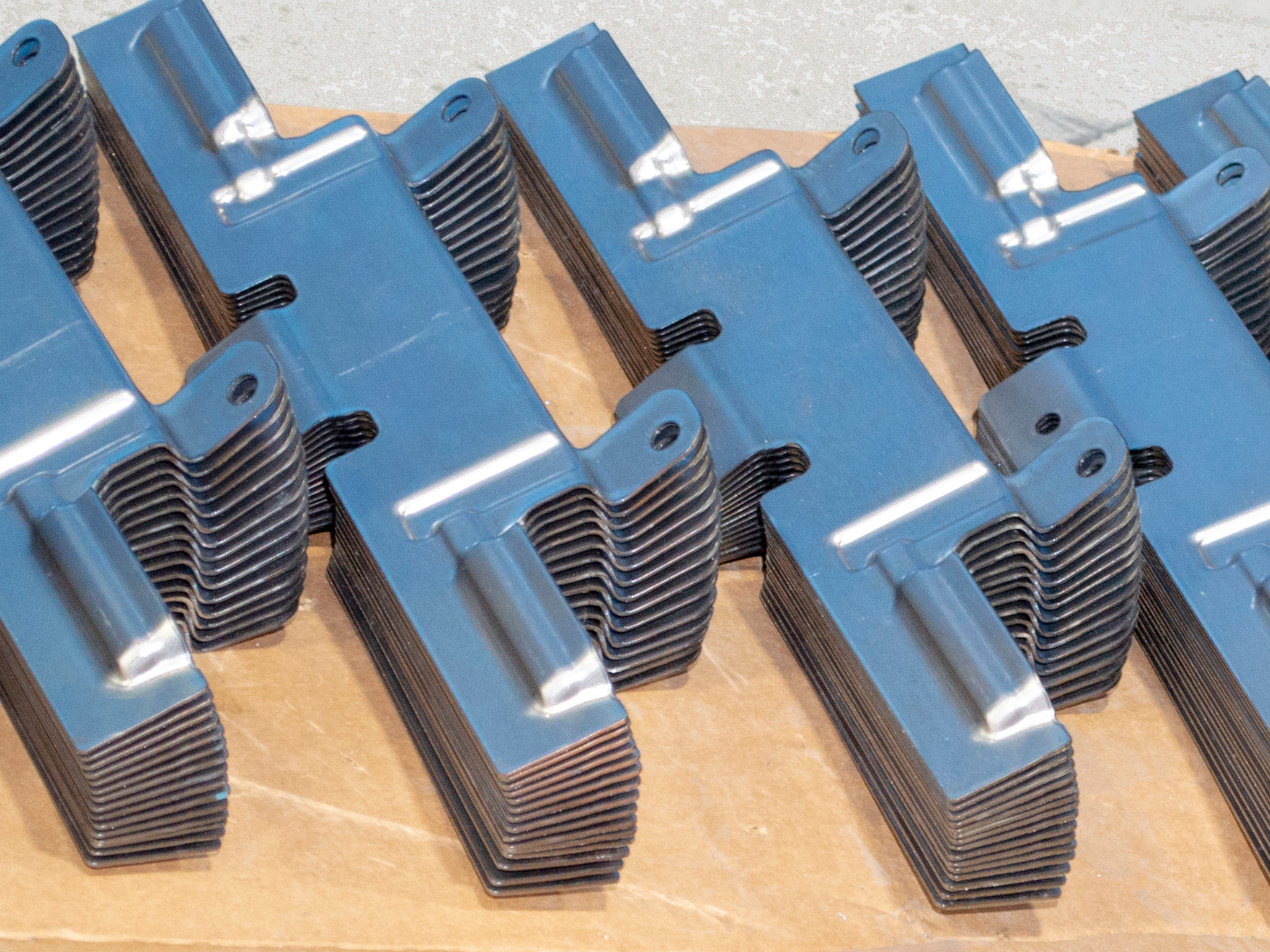 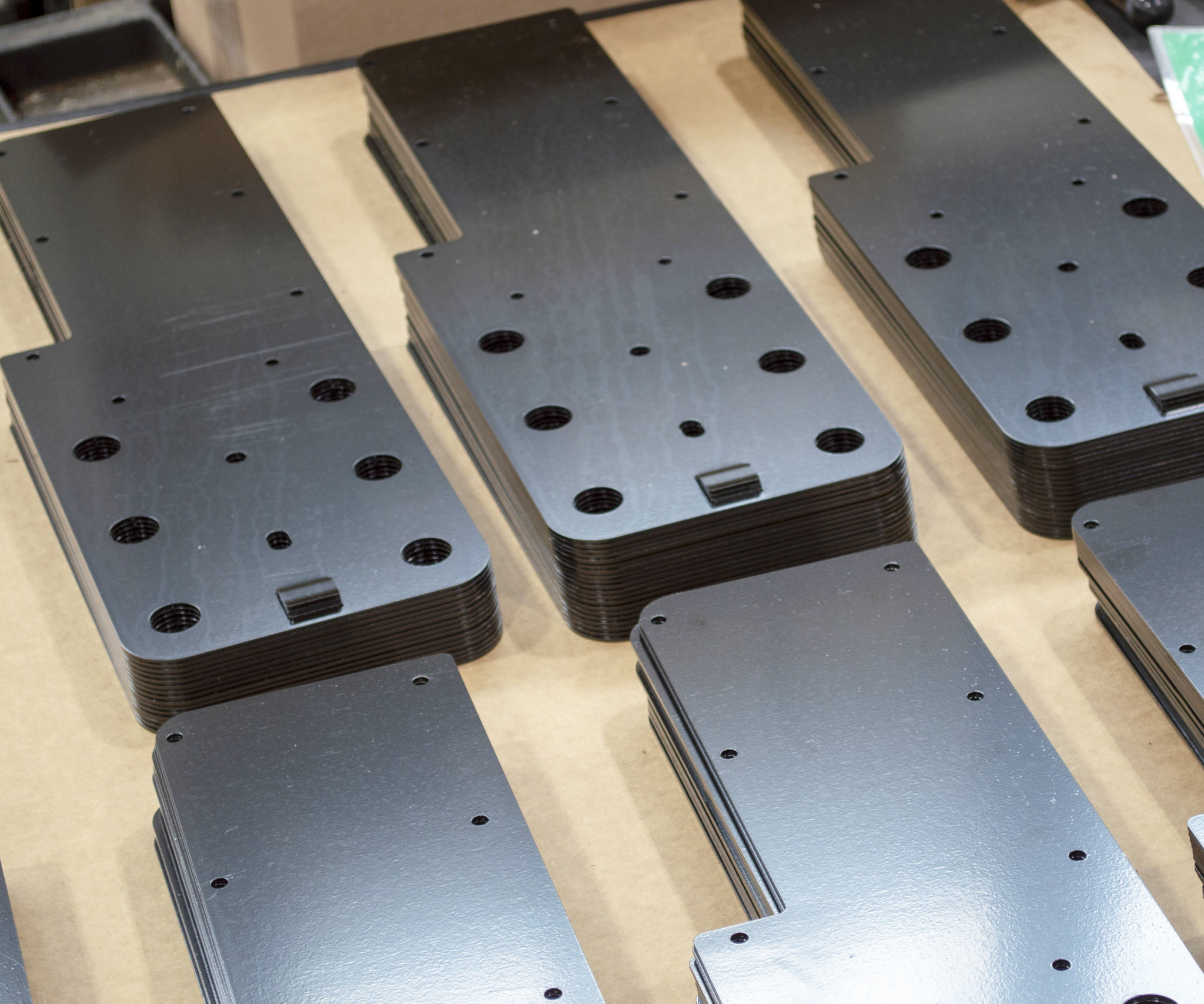 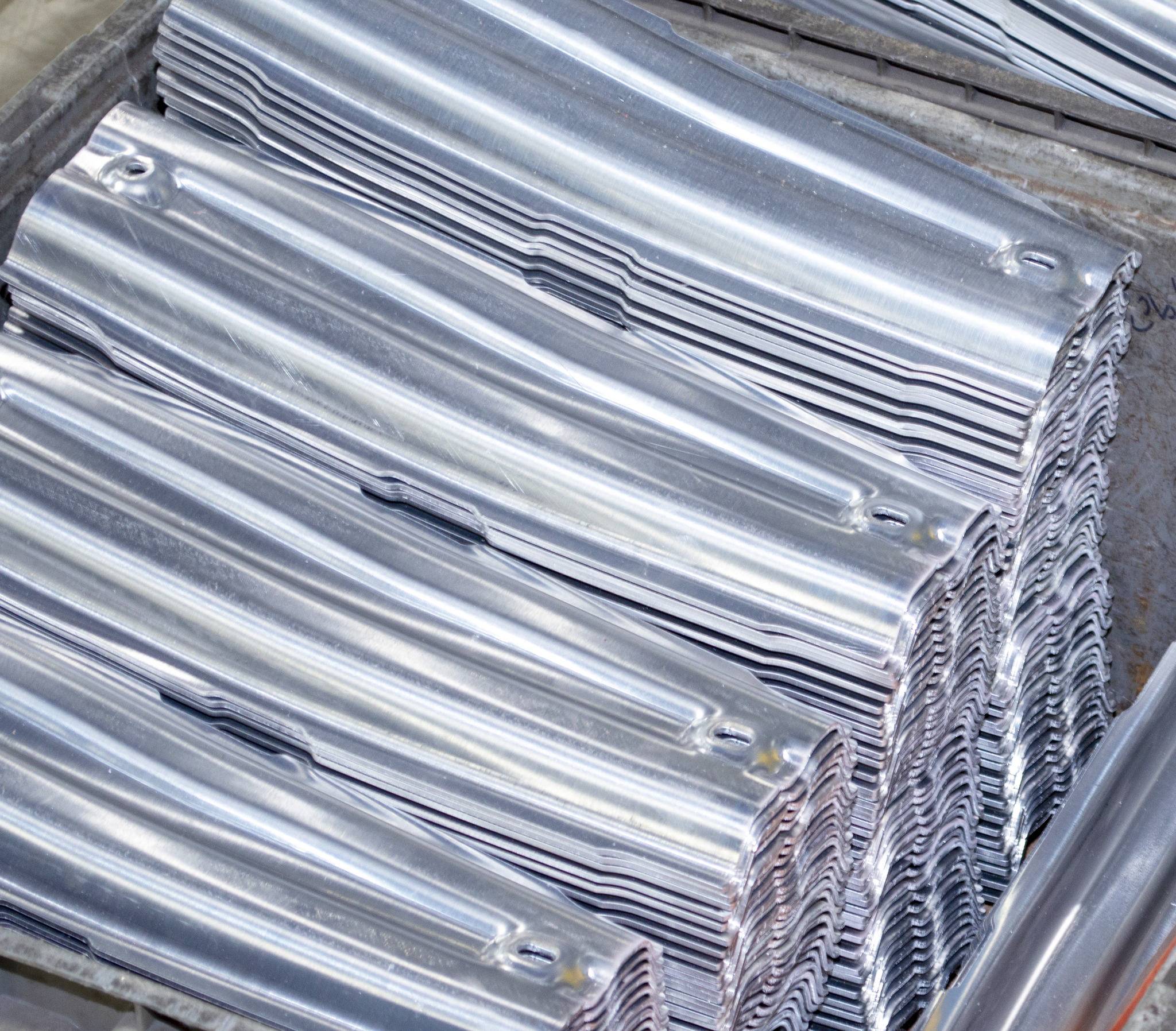 Recognize the value of customer care

“We had such great results with the two Prima Power Rapido fiber lasers, there was no second-guessing in what we were going to do when we needed a production laser with a turntable,” says Duggan’s President, Pinho. “We purchased the Prima Power 4-kW Laser Next in 2016.”

“We are not a huge company, but our three Prima Power lasers allow us to punch above our weight – meaning we have much more influence than we anticipated, because they give us the same attention that you would expect for a large customer with multiple machines.”

Time was tight when Duggan purchased the Laser Next. “Prima Power coordinated everything, from getting it built in Italy to shipping and installation. They shortened the initial schedule from 24 weeks from the order to 14, which really helped us.” 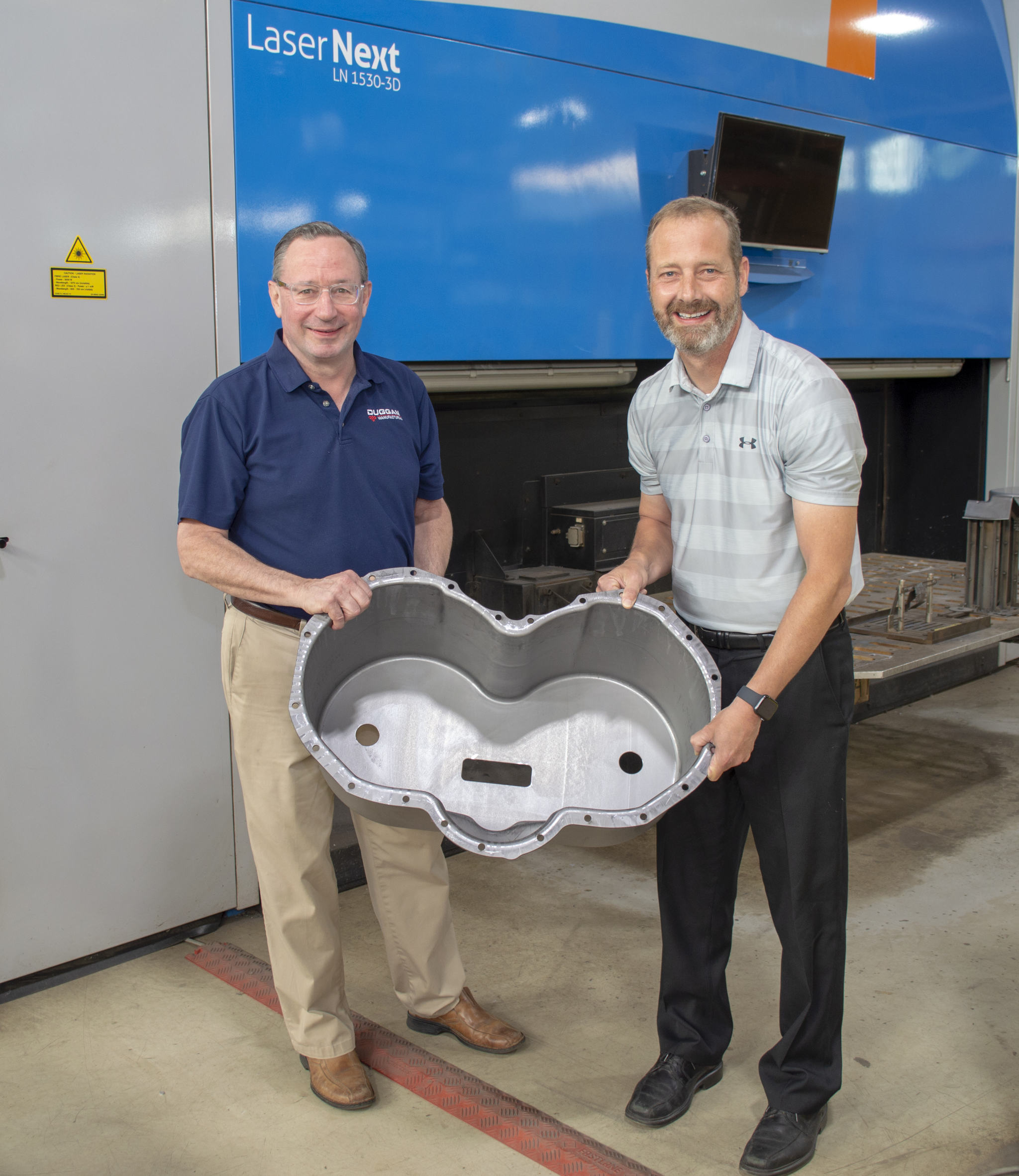 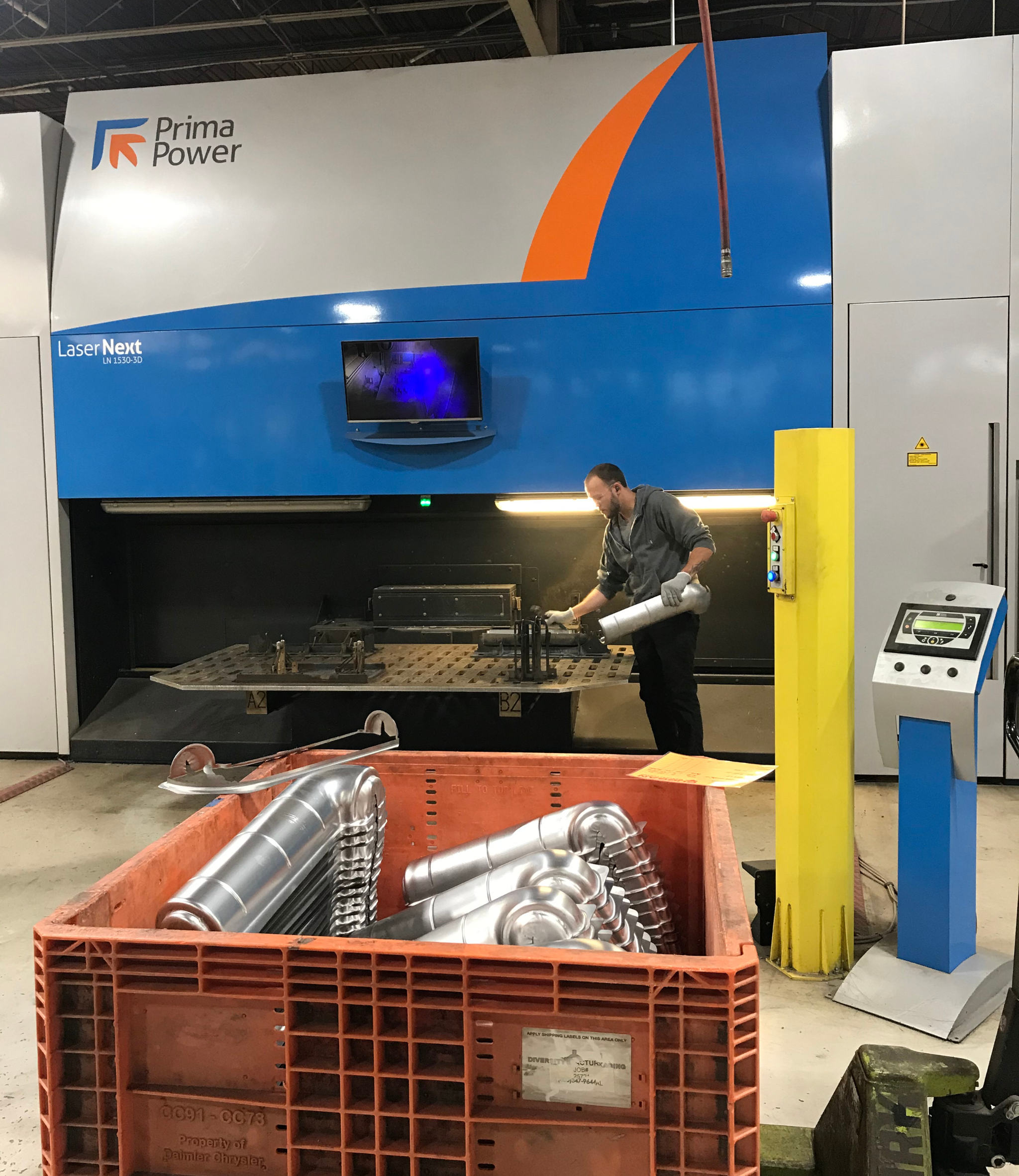 Make the difference with strategic decisions

“In 2010, we were the first sheet metal prototype company in the area to have fiber lasers,” continues Westich. “It was the best choice for us because it reduced maintenance, overhead costs, and even required floor space: our three Prima Power fiber lasers comfortably replaced five CO2 machines as they wore out, and keep us competitive. This type of key investments definitely helped us grow.”

Duggan now serves a wide variety of industries, including automotive, battery technology, defense, aerospace, printing, racking and material handling, off-highway trucking, and robotics. “Prima Power equipment allowed us to diversify,” reflects Pinho. “Automotive was 75% of our business at one point, but today digital simulation is improving so much that the demand for prototypes is a fraction of what it was when we started: that’s why we diversified.”

One thing that will never change? “The talent and passion that enabled our company to grow from a small team operating out of a dairy barn to a major manufacturing and prototype development facility,” concludes Westich. “It’s what continues to drive us forward today.”

You can read this and other stories in the latest issue of Power Line, the Prima Industrie magazine. Read it here.

Prima Power’s lasers are versatile and robust, with high uptime – but if there is a problem, the service department responds quickly