Soler & Palau (S&P) Ventilation Group is the world’s leading fan manufacturer. The company offers a wide range of ventilation products benefiting from over 60 years of experience within the industry.

S&P’s impressive, long-term growth is the result of one simple philosophy: develop an air-moving product that effectively and efficiently meets the needs of the customer, supported by unparalleled engineering, distribution, and service.

S&P USA operations are based in Jacksonville, Florida. This geographically strategic location allows the shipment of products throughout the U.S. and Canada, as well as exports. The Jacksonville manufacturing and distribution facilities combine to make up more than 150,000 square feet of space for a comprehensive range of products. S&P also has facilities in Wisconsin and Ontario, Canada.

“The S&P Jacksonville facility manufactures commercial and industrial fans - explains Chuck Muns, manufacturing engineer supervisor - We mainly produce centrifugal fans like you see on top of restaurants and propeller fans that are found in warehouses and other industrial buildings. We also make some residential products such as air intake fans and air filter boxes.”

Several years ago, the Jacksonville plant began a search for additional machinery to increase capacity. At the time, the fab shop consisted of a few older punch presses, press brakes, and a wide assortment of metal spinning machines, both manual and automatic, a few lathes, and welding equipment. "Because of the age of the punch presses, we had to do something to increase the amount and quality of cutting the sheet metal - continues Muns - Initially, the company was looking for CO2 lasers, but we soon realized the benefits of the fiber lasers. After much research, we purchased the Prima Power 4kW Platino Fiber laser with a 15-shelf Compact Tower in September of 2016." 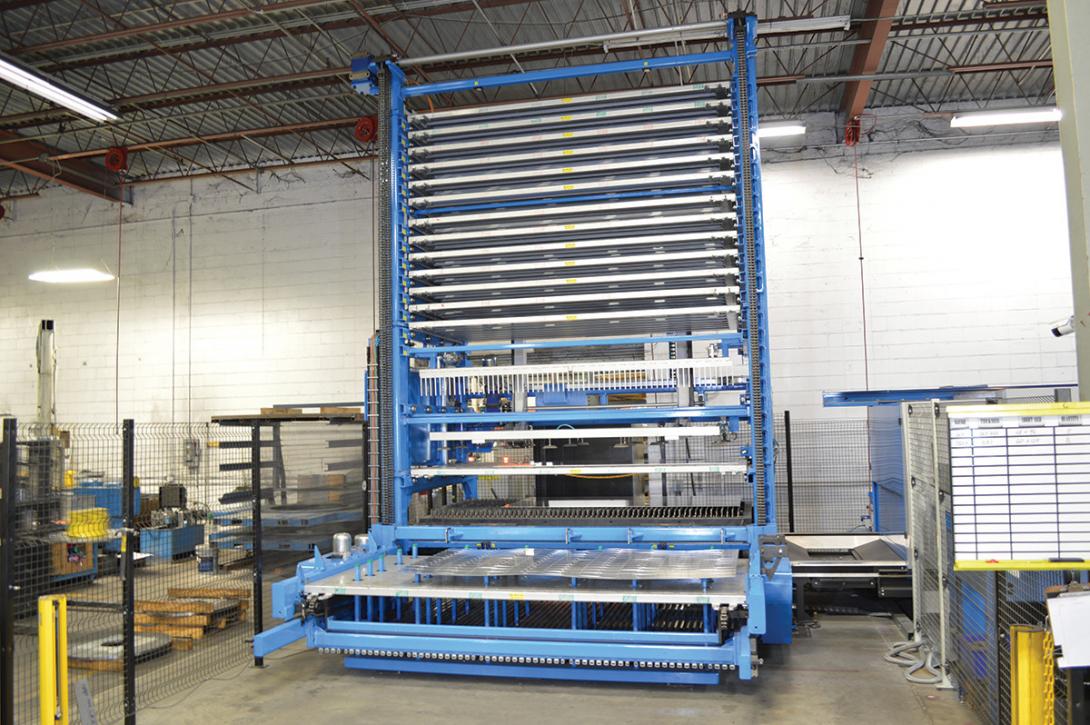 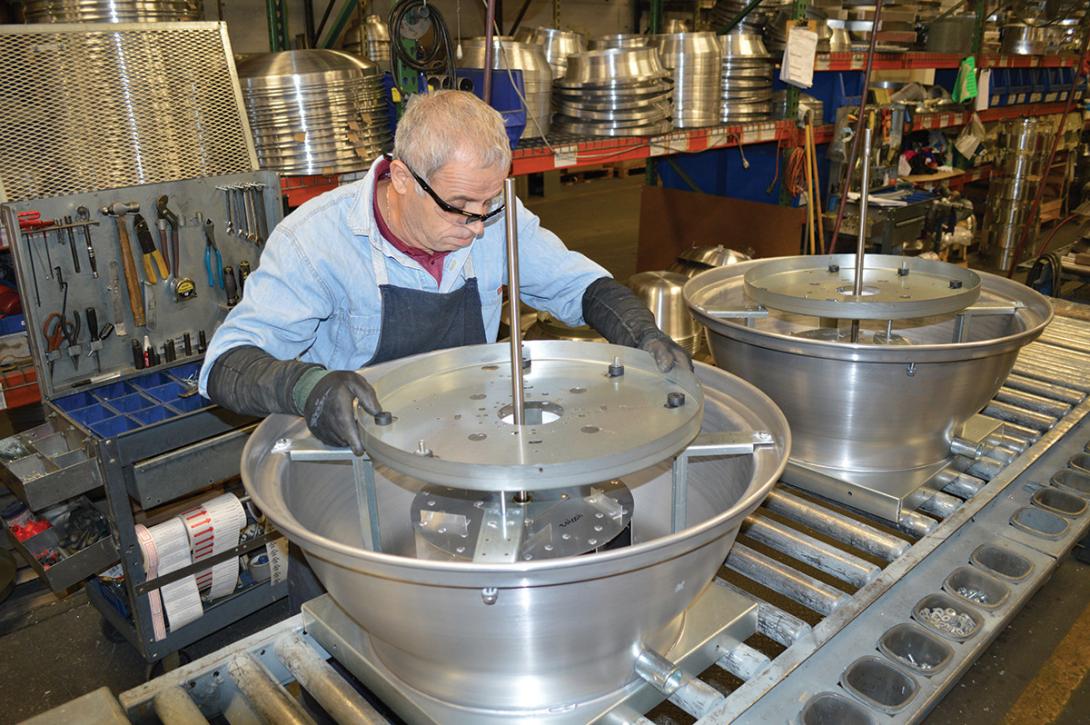 The Platino Fiber laser cutting machine is the perfect balance of innovation and experience. This product combines state-of-the-art efficient and ecological fiber laser technology, with the proven reliability and flexibility of the Platino platform.

“Without the Platino Fiber laser and tower, we would not have been able to keep up with that increased work load”

The Platino Fiber laser can be used to cut a wide range of materials. Fiber lasers are more effective than other laser sources for cutting highly-reflective materials (e.g. aluminum alloys, copper, brass). The Platino Fiber cuts various thicknesses, up to 20 mm of mild steel, with efficiency and quality. Productivity increases particularly with thin and medium-gauge sheet metal.

"A major reason for choosing the Prima Power Platino Fiber laser was its cantilever design - says Muns - All the other lasers were gantry design. We have many cases where we process oversized sheets by cutting one half and then flipping it around and picking up reference points and cutting the other half. And that was one of the deciding factors in choosing the Prima Power cantilever design"

“The Platino Fiber laser also removed all the secondary operations that we had to do with the punch presses - adds Ogun Unal, manufacturing & mechanical engineer - Because of the micro joints used with the punch presses, it took up valuable time to remove the parts from the sheets. With the laser, we can modify the micro joint thicknesses that saves us a lot of time. We also took advantage of the nesting to utilize more of the sheet and we used some functions like common-line cutting that left no burr that had to be removed.”

"Before the laser, in order to produce the vanes for the centrifugal fans, we would shear a strip, run it through a blank die, and then run it through the form die - adds Muns - Now all we have to do is cut the blanks with the laser and run it through the form dies. We’ve eliminated all those different operations, which of course go right to the bottom line. The same is true with our propeller blades which we originally outsourced. We would get these blanked and go through a forming operation and then a piercing operation. Now we just laser cut the blanks
with the holes in them and then form them...and we’re done. We’ve eliminated a lot of die operations."

S&P also purchased a 15-shelf Compact Tower with the Platino Fiber laser. The tower allows easy loading/unloading for blanks and processed sheets. It has an elevator for loading and unloading the pallets on and off the tower, and features single sheet separating, control systems, and sheet reference. The Platino Fiber is particularly suitable for lights-out operation, often performed in unattended mode. It is a fully independent machine, with no need for manual intervention during machine operation. Once the production schedule is programmed, the Platino Fiber laser takes care of the necessary settings, tip replacement, sheet change and storage, etc.

“As we adapted to automation, instead of just running the laser first and second shifts, we were able to program the laser to run lights out because of the tower.” 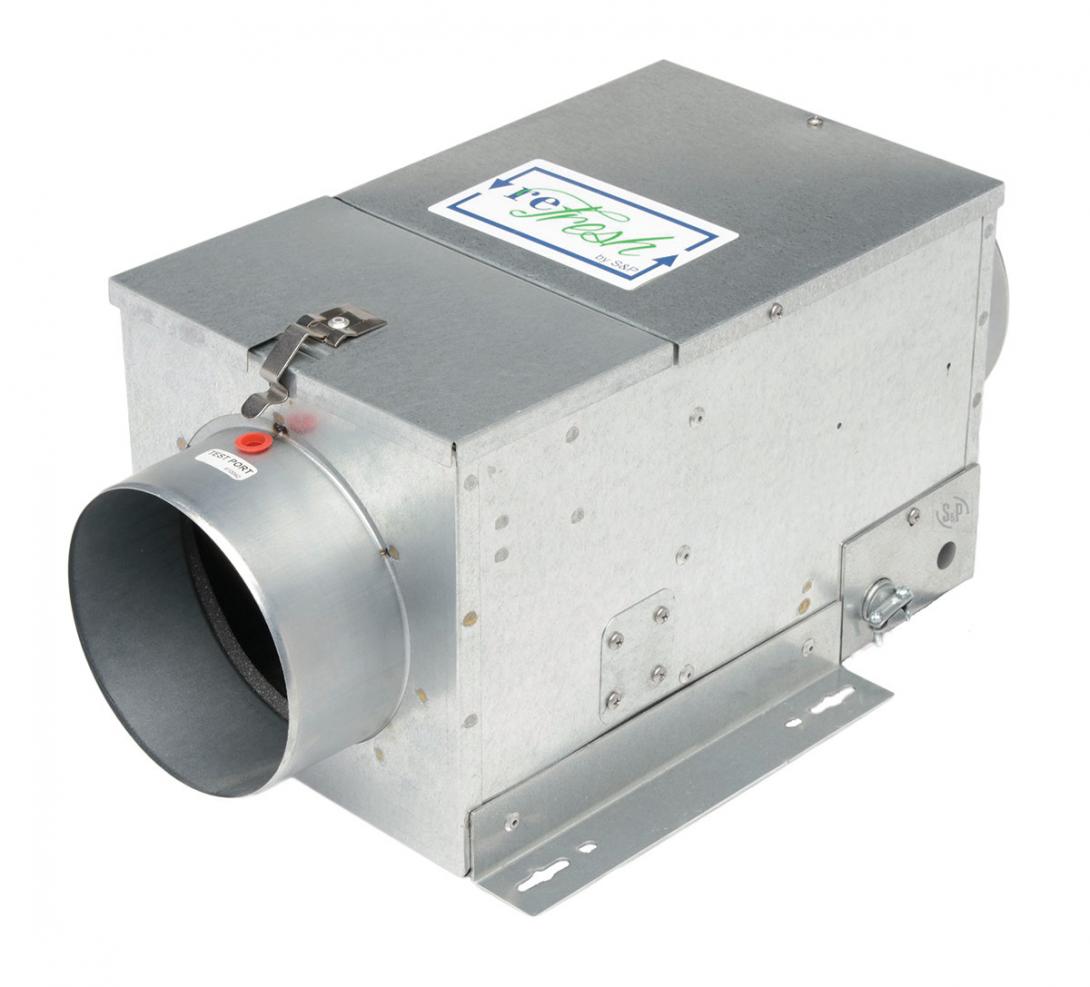 "As we adapted to automation, instead of just running the laser first and second shifts, we were able to program the laser to run lights out because of the tower - says Unal - We can load whatever material we need. The Tower has a 3-point measure function. It finds the location of the sheet. It is a computerized system and we can use remote control software to keep track of production. We also have an automatic nozzle changer. We load whatever we need into the tower, and based on the priority of the part, the laser just changes the nozzles for each part. We also keep a great amount of work in progress (WIP) in the tower. The tower lets us hold these sheets until we need them."

The Platino Fiber laser and tower also increased productivity at S&P. “In July of 2017, we were running 1,700 sheets per month - says Muns - By July 2018, we ran 3,400 sheets per month. S&P corporate rates each plant that does fabrication on sheet utilization. The Platino Fiber laser and tower took us from third or fourth within the entire company up to the top spot on sheet utilization."

"During each month of 2018, we have exceeded our laser production expectations - adds Unal - Without the Platino Fiber laser and tower, we would not have been able to keep up with that increased workload. The Prima Power laser is a crucial part of our production line. Everything starts from the fabrication department...and the fabrication department starts from the laser."

"Prima Power management has kept their promise on service - concludes Unal - Their service technicians and application engineers have helped us immensely. If they can’t fix something on the phone, there is a service tech on a plane immediately."

During each month of 2018, we have exceeded our laser production expectations. Without the Platino Fiber laser and tower, we would not have been able to keep up with that increased workload. The Prima Power laser is a crucial part of our production line.

Profitable for a production mix including all materials and thicknesses